Tour to Kaymaklı Underground City, one of the most interesting underground settlements in Cappadocia. Drive to to Sahinefendi ( Sobesos )- Sobessos is newly discovered (01 May 2002) mosaic houses & Archaeological excavation site. Villages in the valleys, surrounded by the “table top” mountains, are spectacular. Continue with Keslik Monastery near Cemil, that hides it’s frescoes behind a very thin smoke layer which we can only see by torch light. Lunch break. Visit to Mustafapaşa (Sinasos), an old Greek town with its spectacular old Greek houses; very fine examples of late Greek settlements and architecture. Visit to Saruhan Caravanserai, a roadside inn where travellers could rest and recover from the day’s journey. Caravanserais supported the flow of commerce, information and people across a network of trade routes of Asia, North Africa and South-Eastern Europe on the legendary Silk Road and the Spice road. Continue with panorama of the Red Valley, with its fabulous volcanic rock formations, is in the heart of Cappadocia but away from the tourist crowd. Overnight Cappadocia

Day 2 – Cappadocia to Istanbul (Hot Air ballooning with sunrise extra)
After breakfast, first meeting with the lunar landscape of Cappadocia: rock formations beyond belief in Devrent valley; walking in Pasabag near Zelve; “fairy chimneys” where the voice of wind mixes with the “songs of fairies”. Lunch in Avanos, centre of terra cotta work of art since 3000 BC. and a demonstration in a traditional pottery workshop. Afternoon, visit the famous Goreme Open Air Museum and see the best examples of Byzantine art in Cappadocia in rock-cut churches with frescoes and paintings (10th to 13th century). Continue to Uchisar Rock-Castle to have a panoramic view of the valleys of Cappadocia. Transfer to airport to take the evening flight to Istanbul or other destinations and leave Cappadocia. 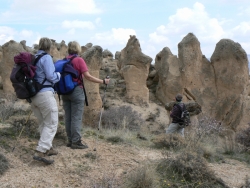 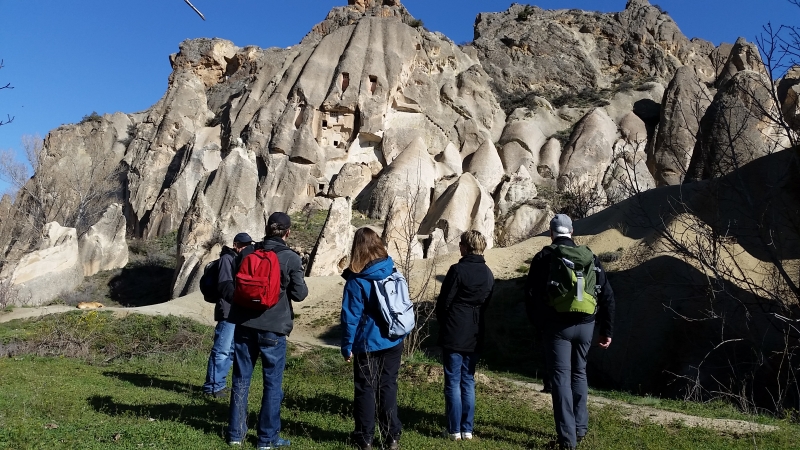